Unusual places to visit in Iran 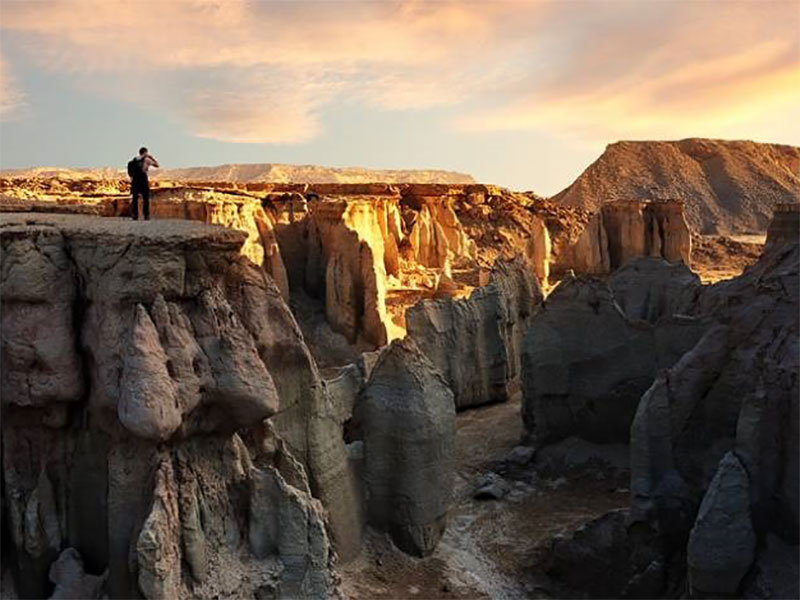 The beautiful and mysterious wonders of nature made us eagerly travel and embark on an adventurous journey. Our destination is neither north nor south. This time we introduce the five most unusual places to visit in Iran that will make your memories more exciting than your friends’.

If you like to travel to the world of the dead, you should visit the Zoroastrian tower of silence (crypt). This tower is one of the relics of the Zoroastrian religion, located 15 km southeast of Yazd, near the Safaieh region, on a low mountain. First, it is good to know what a crypt is. They are buildings made of raw clay that has been used in ancient times to put the bodies of the dead in them.
To reach the crypt, you have to climb the stairs to reach the circular structure of the crypt. There are two crypts named Mankeji and Golestan on a low mountain. In the middle of the crypt, there is a pit where the bones were buried. Zoroastrians buried the bodies of their dead there to feed on predators and birds. So, only their bones would remain. The bodies of women, men, and children each had their own place. It is interesting to know that in the religion of Zoroaster, death is not the end of life; it is the beginning of a journey to another world. This method of burial was common for a long time until it was completely banned in the Pahlavi.
Now, this place is a fantastic choice for visitors who love excitement. You can visit here by car, taxi, internet taxis, and city buses. You should know that it may not be accessible to people with disabilities or the elderly. 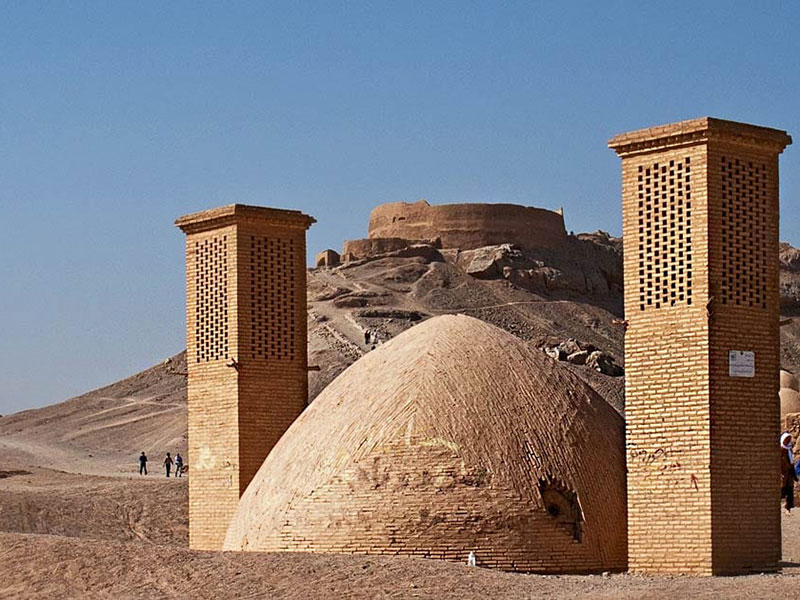 Zoroastrians buried the bodies of their dead there to feed on predators and birds. So, only their bones would remain.

The underground city of Nooshabad is another place of interest near Kashan. Accidentally, it was discovered by a person who was digging a well in his house! The city has a unique and intelligent architecture. But why is it located under the ground? This place has winding corridors, small and large rooms, defensive traps, which were supposedly used during the enemy’s invasion. It has expanded in both horizontal and vertical levels. In addition to building passages for people, its shape also lets air enter and leave. It seems that they would do anything to survive!
Now let’s go into the details of this underground city to see what has brought it to the list of the most unusual places to visit. The first floor was the corridor used to mislead potential pursuers. The second and third floors were considered safe places for refugees and food supplies. The depth of the city floors is about 4 to 16 kilometers meters. Although, you can only visit 400 meters. Excavating more spaces requires time and facilities. You can visit the underground city through two completely separate entrances. The depth of these two entrances is 11 and 12 meters. So, you have to go down more than 40 steps.
It is interesting to know that Nooshabad is also known as the city of Oei. Oei means “Hey”! People were losing each other in these corridors. So, they used the word “Oei” to find each other.

Parau Cave, the most dangerous cave

The Parau cave is located 12 km northeast of Kermanshah, between the Taaq-Bostan and the Biston mountains in the west of Iran. It is famous for being the most dangerous cave in Iran. A vertical cave with a height of 3050 meters! A totally unusual place to visit in Iran! You have to climb more than three thousand meters from Parau Mountain. Therefore, in addition to caving techniques, you must also have enough experience in the field of mountaineering. But what can you find there? In this cave, the running water has flowed from the melting of underground glaciers.
The water and the high height have caused the cave to be cold, and the temperature is between 1 to 3 degrees Celsius. So if you are a professional caveman and you are craving adventure, you should visit here during spring and summer. The cold weather makes it impossible to enter during the autumn and winter seasons. 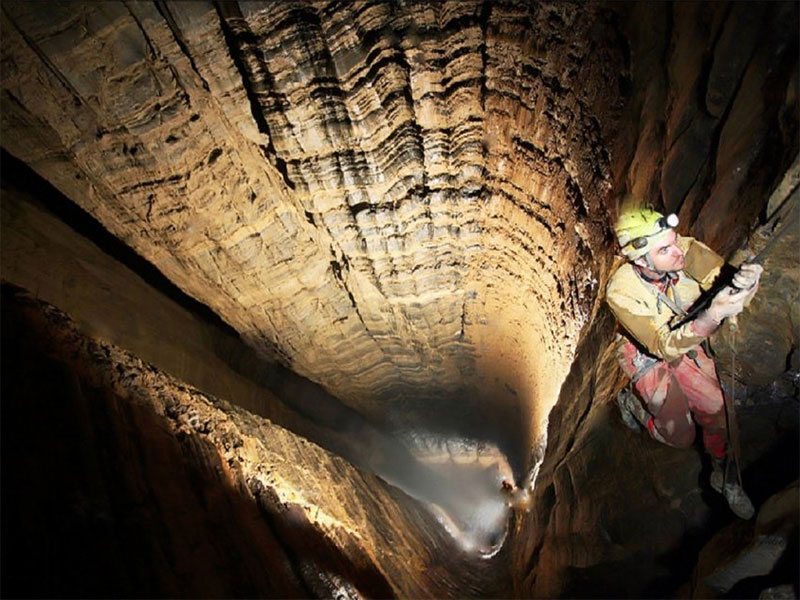 In the west of Borka Khalaf village, the Stars Valley, which is about 2 million years old, has been formed due to soil, rock, and sand erosion. As one of the most unusual places in Iran, the walls of this valley are made of two completely different materials, including a thick and almost soft layer of white to light gray and a thin layer of white to dark gray on it. The Stars Valley is one of the unique geological phenomena. But why? People believe that one day a star fell from the sky into Qeshm island and created strange shapes from soil, stone, and sand. The wind makes strange noises among the rocks of the valley. These noises have made locals think that supernatural beings live there. This beautiful place seems more mysterious at night. If you are lucky and the weather is clear, you can see the stars in the sky. If you have a professional camera, you can capture amazing pictures of the place. There is also an Iranian film called “When the Dragon Enters” about the strange and mysterious stories of the Stars Valley. Autumn and winter are the best seasons to visit; when there is a favorable climate on the island. The weather is also mild and pleasant in April and May.

Takht-e Suleiman is located 45 km northeast of the city of Takab in the West Azerbaijan Province. This place was the educational and religious center of the Zoroastrian religion. What makes it an unusual place? People have made many beliefs about this place. One of the most known of these beliefs is about the natural lake of Takht-e-Suleiman. It is said that the lake came into existence by a number of extraterrestrial beings who worked for Soleiman. People also believed that there are the hidden treasures of Suleiman in the depths of this lake, however, no one has ever dared to look for the treasure! The most outstanding feature of the lake is that the water temperature neither exceeds nor goes down, it is always 21 degrees centigrade. The mountain of Suleiman’s prison is one of the cases that shows the supernatural power of the prophet Suleiman where he imprisoned demons. While visiting the mountain, you can see gases coming out of the mountain. Some say that the gases represent an angry demon trapped inside. The best time to visit this area is spring and early summer. Some parts of the Takht-e-Suleiman complex are illuminated during the night. So, night walks and photography would be enjoyable, too. Do not miss Takht-e Suleiman on your travel to Iran; here is among the most unusual places to visit in Iran.