Parau Cave, the most dangerous cave in Iran 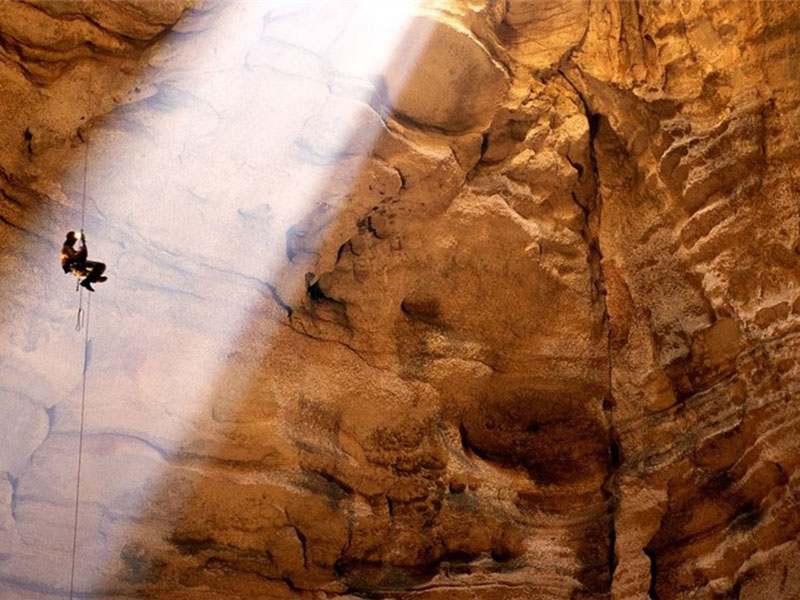 In the depths of the Zagros Mountain range in Kermanshah, there lays a cave known as the most dangerous cave in Iran. The deepest cave with a difficult path that calls for the bravest adventurers to pay a visit. A journey over the tall mountains that excites many adventurers, who seeks anything that most increases their adrenaline and decreases their fear of life. If you are interested in caving and could risk a dreadful trip down to one of the deepest caves of Iran, Parau cave will welcome you into its dark and fearful walls.

Parau cave was once the largest vertical cave in the entire world. Parau is no ordinary cave; this is a cold and vertical cave that you have to climb a whole mountain to a height of 3050 meters before you reach its entrance. In this cave, the water flows from the melting of the underground glaciers of Parau Cave, makes it to be called Parau, which means full of water. Parau cave was registered as a natural national attraction by the Environmental Protection Agency and the Cultural Heritage Organization. 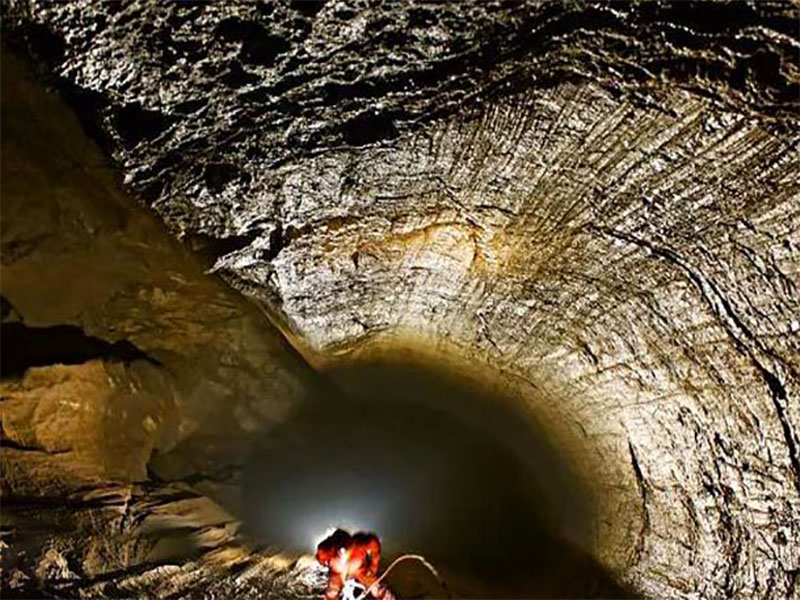 Parau cave: one of the most challenging caves to explore for adventurers.

The cave was discovered about 46 years ago. In 1971, a group of English cavers went to a depth of 750 meters in Parau cave and discovered it for the first time. A year later, the greed for a world record led to a team of English cavers returning to Parau cave to make further progress in the depths of the cave. At a depth of 751 meters, the 16-member group encountered a 50-meter-long mud pool that made it impossible to continue their advance. Although they had high hopes for the cave to expand, they thought Parau cave had reached its end.

How long does this caving take?

If you decided to go to the unknown world, Parau would lead you to a difficult journey that requires quite a foresight and the knowledge of mountaineering. So, if you have the necessary conditions, do not hesitate and pack your bags and do not miss this challenging experience. You will need not only fitness but also much strength. It will not be a program taking just a few hours, so you would better be prepared for hard work for long hours. Some teams have even been in the cave for more than a week!

When going to Parau cave, you should be prepared mentally and physically. While you are climbing down the cave, you should keep in mind that you have to save enough energy to get out of there as well. Vertical caving using ropes to descend and ascend pits requires special skills and special equipment. Vertical caving techniques and gears are indeed different from those used by rock climbers. You are recommended to take vertical caving training from a qualified instructor before caving. Avoid any unsafe act and avoid using unknown ropes, slings, and ladders you find underground.

The best time to visit

The presence of the flowing water and the high altitude of the cave has caused the air to be somewhat freezing and the temperature to be between 1 and 3 degrees Celsius. Therefore, in the autumn and winter that the weather outside the cave is freezing, the cold temperature makes it almost impossible to enter. So, if you are a professional cave climber and seek some adventure, choose spring and summer to explore this cave. During these seasons, the weather is more pleasant while reaching the entrance, and it is also easier to climb the cave.

A look into a cave is a glance into an underground world. Cavers experience their most challenging journey inside this cave. After entering Parau, the cold weather makes it very difficult to carry on. Due to the presence of glaciers and the high altitude of this cave, no temperature higher than 1-3 degrees Celsius has been recorded anywhere in it, and the cold weather bothers the cavers. The rough and porous stone walls of the cave may cause the clothes to tear during the walk. In this situation, passing through the narrow passages of the cave, with a temperature of near-zero degrees of flowing water, is another difficulty that cavers in Parau cave have to manage. Narrow channels and areas, the collapse of some parts of the cave, dangerous walls, and deep wells have made Parau to become famous as a dangerous cave in the world.