Takab: the ancient treasury in Iran 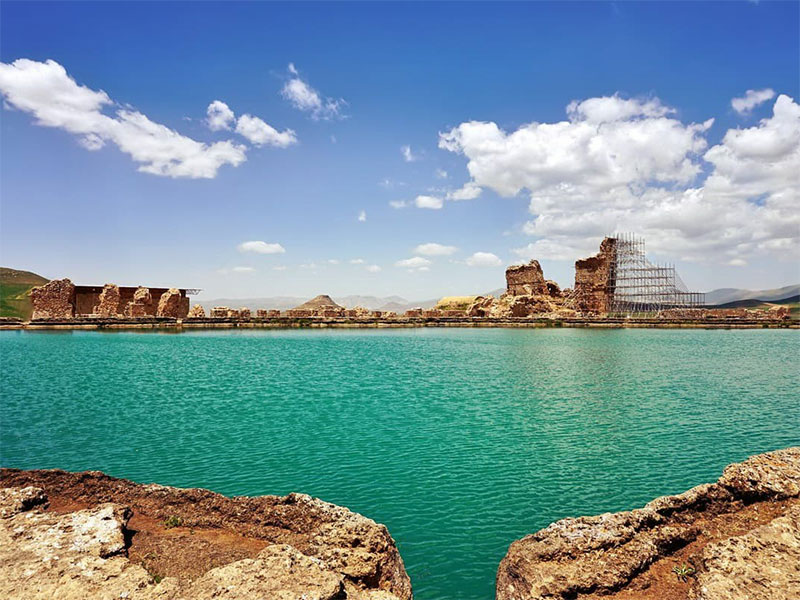 Takab might be a small city, but the historical treasures hidden in this place are quite extraordinary. Takab city is located in Azerbaijan Province in Iran; its people speak one of the most pleasing accents to the ears. In Takab, you will be traveling through history and ancient times, meeting the source of myths and legendary stories. Besides, you will be receiving a huge amount of energy from one of the energy sources of planet earth. Visiting Takab not only will increase your knowledge throughout history, but it will also give you positive energy and make you ready for the next adventures waiting for you.

Takab is rich in historical attractions that can be visited. The most exciting places that could be visited in this historical city are Takab’s oldest Zoroastrian fire temple that is from the Sassanid dynasty, the birthplace of Zoroaster, and an ancient volcano, where the demons would get trapped. Near a beautiful village, there is a silent castle which still can show us what great and glorious history it once owned. All these places are full of history and mysteries that might never be solved. There are little villages around Takab, which spread a delightful scent of life all around themselves. A peek through these villages is all this trip needs to be completed.

Takht-e Soleyman is a mystery of nature. The lake’s water saturated with calcium has been flowing over the top of the lake for thousands of years. The lake is located on a high hill. In fact, the high hill itself is the creation of the lake and its water sediments. Every year the hill’s height increases because of the lake’s sediments. That process also helps the place to be surrounded by green farms and make delightful scenery. Takht-e Solyman lake has a fixed temperature of 21 degrees centigrade in all seasons, and no one seems to know the secret behind it. When you reach the high hill with a lake on top, it makes you think of what could possibly be hidden under this stunning landscape. The myths of this mysterious lake are not one or two. There are so many myths and stories about this legacy that makes it much more extraordinary and mysterious than a typical lake. It is believed that underneath the lake, there are many hidden objects. It’s interesting to know that in none of the historical eras, no one could reach any of them at the end of the lake. Who knows?! maybe we’ll never know. 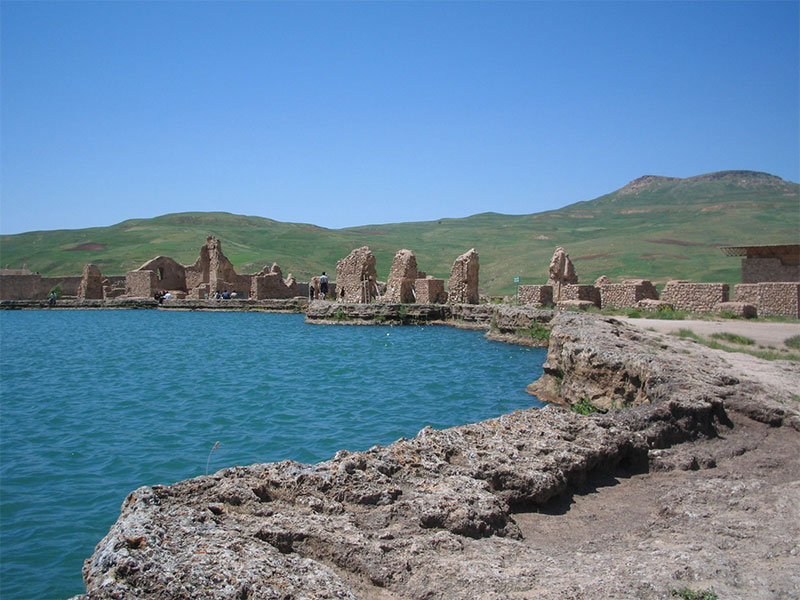 Takht-e Solyman lake has a fixed temperature of 21 degrees centigrade in all seasons, and no one seems to know the secret behind it.

Where Demons Were Trapped

This beautiful ancient volcano, known as Soleyman’s Prison or Demon Prison, is indeed a geological structure, a dried karstic spring. But most important of all, according to local beliefs and tales, inside the Takhte Soleyman UNESCO world heritage site used to be a prison in which Soleyman, the prophet, had imprisoned demons who disobeyed his command. You will need to hike all the way up to the top of the volcano, so make sure you put the proper shoes on. The volcano is located near the historic site of Takht-e Soleyman, so whenever you were heading there, try to pay a visit to this historical sight as well. 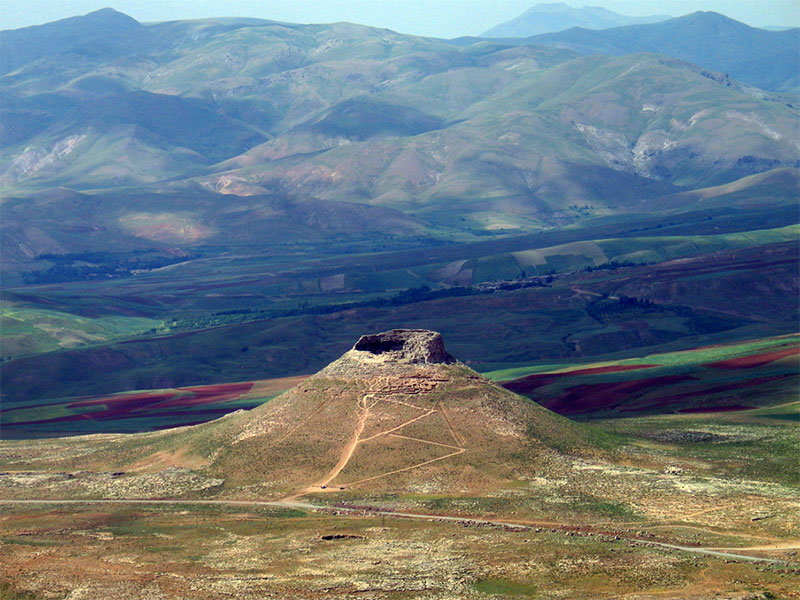 This beautiful ancient volcano, known as Soleyman’s Prison or Demon Prison, is well-known for its geological structure.

Myths That You Want to be True

The most controversial treasure that may or not exist at the bottom of the lake is Solomon’s ring. According to local beliefs, the whole collection of Takht-e Soleyman was made by superpowers who Soleyman demanded them. Soleyman owned a ring that gave him all his power. There is storytelling that the Devil was able to take away his ring and drop it into the lake and rule the throne of Solomon. Some believe that Soleyman, the prophet, never regained the ring. But other commentaries state that he was finally able to remove the stolen ring from the stomach of a fish that had eaten it. And this is only one of the myths about a strange lake in the middle of nowhere.

Around Takht-e Soleyman, you will notice several “Banned Swimming” signs, which can signify that this beautiful lake is also equally scary and dangerous. Also, Takht-e Soleyman only serves the inexperienced guests with death. This lake fiercely swallows all things that enter it, deep down. Next to the lake is the tomb of some victims, who had dive deep into the lake and never returned. Of course, the lake returned only a corpse that drowned there. Make sure not to sink the sweet memories of your trip to Takab in this never-ending lake and try to experience the most fun and unforgettable events of your life and enjoy every moment you spend here.