Iran Adventure » Blog » Category: Events and festivals» » The scary Zaar ceremony in the south of Iran

The scary Zaar ceremony in the south of Iran 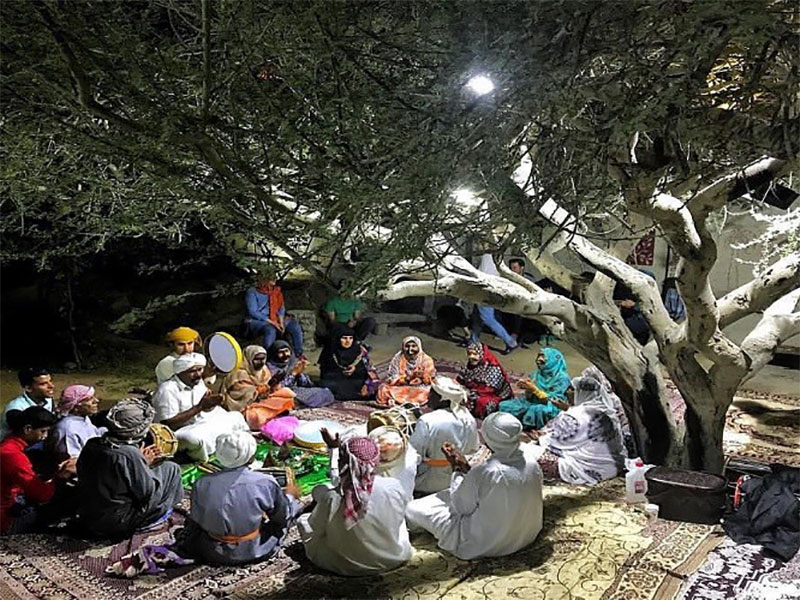 Do you believe in jinn? What about exorcism? Even your curiousness would be enough to explore it. If you want to experience horror movies in real life, we know a suitable place for you in Iran. Do you think you are brave enough? “Zaar Ceremony” is the name of a special and scary ceremony that is performed in the south of Iran, especially Hormozgan and Qeshm Island, to remove evil spirits and ghosts from people’s bodies. Native people believe that there is a kind of extraterrestrial wind or jinn that rides on the sea waves to the southern coast of the country. So, it penetrates the human body in different ways. The sick people who have not recovered from the usual treatments have probably become Havai and, a demon or ghost has entered their bodies. For this reason, Zaar ceremony is held with music for an exorcism to bring back health to people. The Zaar ceremony is originally from Africa and, the effects of African music is evident in the Iranian ceremony. However, Iran has a different style from North Africa. 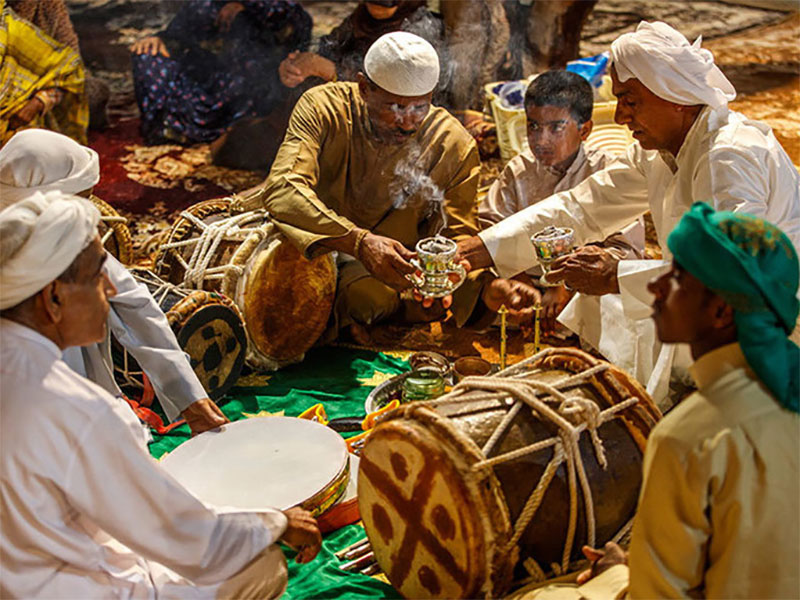 “Zaar Ceremony” is the name of a special and scary ceremony that is performed in the south of Iran.

How the scary Zaar ceremony is held? People on the southern coast consider jinns and ghosts as the wind and believe that each wind has its jinn that can enter the human body. When a person becomes ill, they take them to a person called “Baba Zaar” and “Mama Zaar.” These people are specialists in holding funeral ceremonies and removing demons and ghosts from patients’ bodies. It is interesting to know that Baba zaar or Mama zaar has been infected with the Zaar disease several times and has gained enough control over the wind. They keep the patient away from the people for seven days, during this time they prepare the person for the funeral process by using special medicines and oils. This ceremony has its own rules; for example, people should not speak loudly and are not allowed to enter with shoes.

One of the most significant parts of the ceremony is the performance of individual and influential music. Native people believe that music makes the jinn kind and gets them out of the infected person’s body! One of the instruments is the tambourine. Also, not everyone is allowed to play special instruments. People who have recovered are then known as “Ahle Hava.” According to Ahle Hava’s beliefs, the jinn has different names and must be called by their real name to get out! Baba Zaar hits the sick body with the bamboo in his hand and asks the jinn to come out of the person’s body! Of course, there are people in the south who do not believe in exorcism. If you are still not afraid, this place will be exciting for you.

To know more about this local scary ceremony and take a tour to the south of Iran, get in touch with us via info@adventure.ir.