Omid, the only survival of the Siberian Cranes 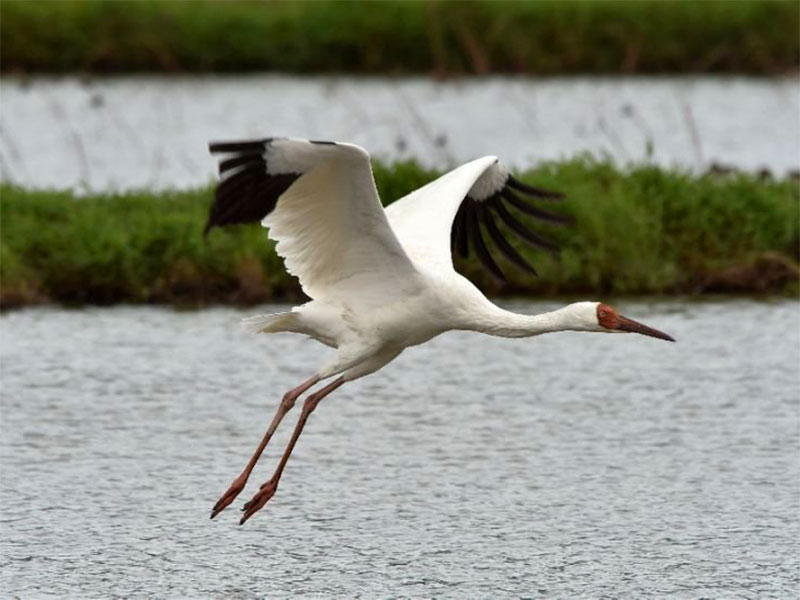 What is the Siberian Crane? The Siberian crane is a highly endangered bird. This bird has a special appearance that distinguishes it from other birds. It is a bird about 135 meters tall, with a wingspan of more than 2 meters, and a white body with long red legs and a long black beak on its red face. Siberian cranes are historically divided into three main populations: East, West, and Central cranes. The central population of this species has become extinct, and the western population, according to environmental experts, will become extinct if Omid dies. The eastern population, which is the only surviving group of this species, breeds in the summer in eastern Siberia and goes to eastern China to spend the winter. One of the main causes of the extinction of the cranes is monogamy. They are very loyal to their partner and spend all their lives with their spouse.

Siberian drones were first seen in Iran in 1974. The western population of Siberian cranes migrates to the Fereydoonkanar wetlands in Mazandaran province every year in November, passing through the Narzum wetlands in Kazakhstan, the Russian Astrakhan nature reserve on the Volga River, and Azerbaijan. Omid, a male Siberian crane, is the last surviving member of the western Siberian crane population, which migrates alone each year. Residents of the Fereydoonkenar and Azbaran regions attach great importance to this bird.

There is a sad story behind this creature! Omid lost his mate “Arezoo” because of the bitter incident that happened in the Azbaran region in 2007. Since then, he has been traveling 5,000 kilometers for the winter alone in the wetlands of Mazandaran. After Arezoo is killed, two rangers guard Omid that the only surviving Siberian crane will not disappear in history. This bird means a lot to Iranians. Omid is the last Siberian crane to come to Iran for wintering If he dies, the western population of Siberian cranes will be extinct.

Where is Omid now?