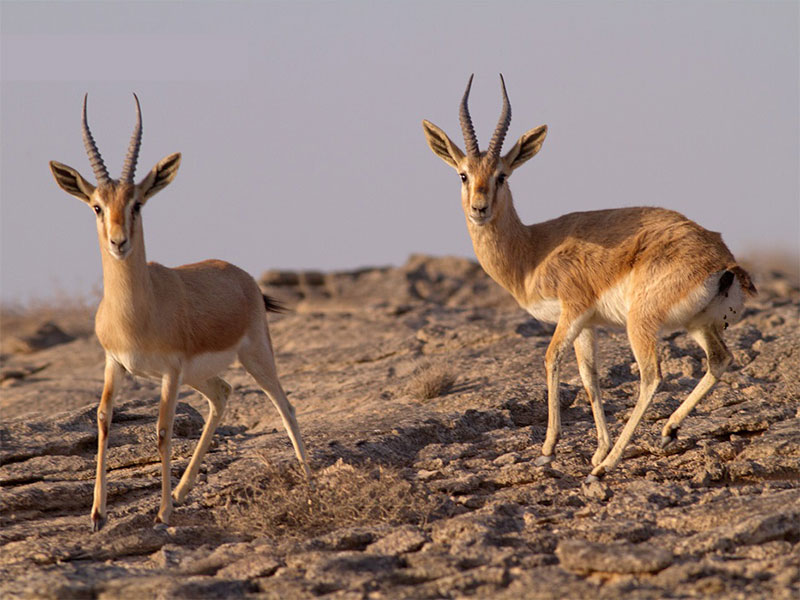 As one of the greatest biosphere reserves and the main habitat of Asian cheetahs, Kavir National Park attracts hundreds of nature lovers and adventurers every year. There are special attractions and unique features about this amazing wildlife site, if you want to get clued up about it, stay with us and keep reading.

There are two main tourist attractions in Kavir National Park; natural and historical attractions. The road which used to allow caravans to pass through swampy lands and salt marshes along the desert plain is one of the most amazing historical monuments of this region.
The famous “Qasr Bahram” building, which is actually a caravanserai dating back to around 500 years ago, a few other ancient caravanserais, and “Lakab and Qilooqeh” water reservoir, are other historical attractions of this region. 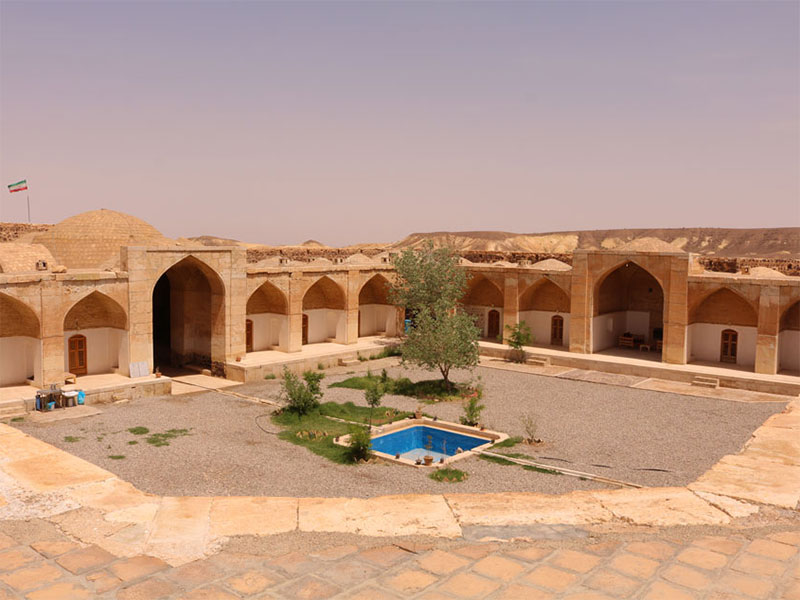 Ghasr-e-Bahram: A caravanserai dating back to around 500 years ago.

Turning to natural attractions, Salt Lake, which is the only lake near the park, is noticed as one of the largest salt marshes in Iran. The lake has a triangular shape, covering an area of 2500 square kilometers.
The lake with its salty water has a fascinating view at sunset from the black peak of the mountain. Do not forget to bring your camera; you will face loads of amazing and unique landscapes to record in this region.
Salt Lake is the catchment area of many rivers in central Iran and there are many swamps around it. Although there is no aquatic life in the lake, a significant number of migratory waterfowl flock to the lake and surrounding rivers in winter. Years ago, a number of flamingos were seen in the south in the summer.

According to the Environment Organization, Kavir National Park is the only national park in Iran where there are no human, mineral, and livestock grazing licenses.
The region was so well-known for its fauna diversity in the past that it used to be called the “Little Africa”. Although the diversity has dwindled today, the area is still home to many types of desert animals in Iran, and it is considered among the 9 biosphere reserves in Iran.
A total of 34 species of mammals, 155 species of birds, and 34 species of reptiles have been recognized in Kavir National Park, including Asiatic Cheetah as the most outstanding one. 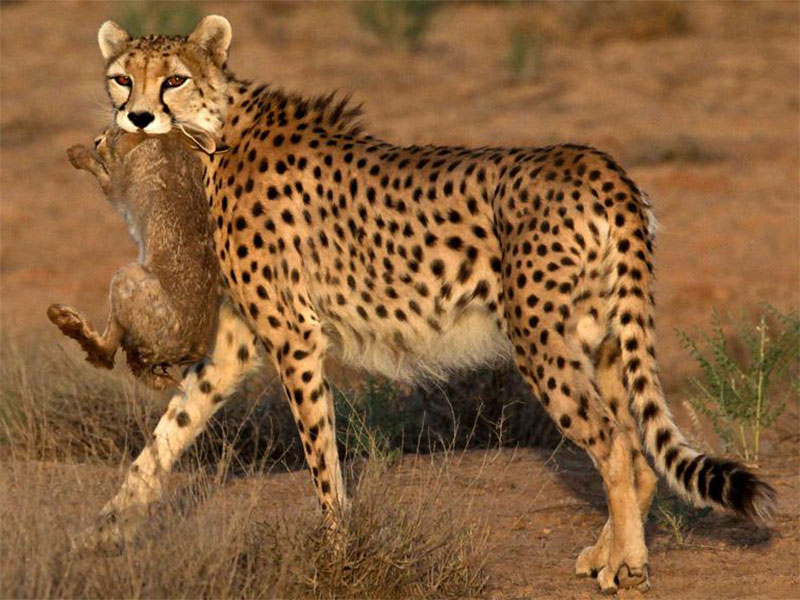 The area is also outstanding in terms of flora diversity; including 355 plant species, with 20 of them as endemic plants. They are most tolerant to drought and salt and have been adapted to the lack of water and soil salinity with small leaves and thrones.

Climate and the best time to visit

Kavir National Park has a dry and desert climate and most of its rainfall takes place from November to May. The average annual precipitation in the region is 150 mm. The intense heat usually lasts from early June to the end of October in the region. So, it would be better to avoid visiting Kavir National Park during summer; early spring and late fall (November and December) are the best time.

How to get to Kavir National Park?

You can reach Kavir National Park via three different routes;
The first route is from Garmsar to Qasr Bahram, from Garmsar to the south to Kahak village, there is a main 10 km-asphalt road, and from Kahak there is a Safavid paved road with, approximately 30 km to the vicinity of Qasr Bahram. However, this route is muddy and swampy in the second half of the year when it rains.
The second, also known as the main route to Qasr Bahram is the Tehran-Pishva-Mubarakia route, starting from Varamin. you must first go to Pishva, on the side road next to the Tehran-Mashhad railway line to reach the “Aberdaj” railway station. Here, you will pass near Imamzadeh Abdo, Asgarabad, and within a few kilometers of a suitable dirt road, you will reach the entrance point of Kavir National Park – Mobarakieh.
The third route, which is a suitable way to enter the park, starts from Aran and Bidgol cities located in the north of Kashan, and within about three hours, the dirt road to the northwest reaches the Marnjab caravanserai on the southern edge of the Great Salt Lake. It takes about three hours from Maranjab to the east to Sefid Ab. 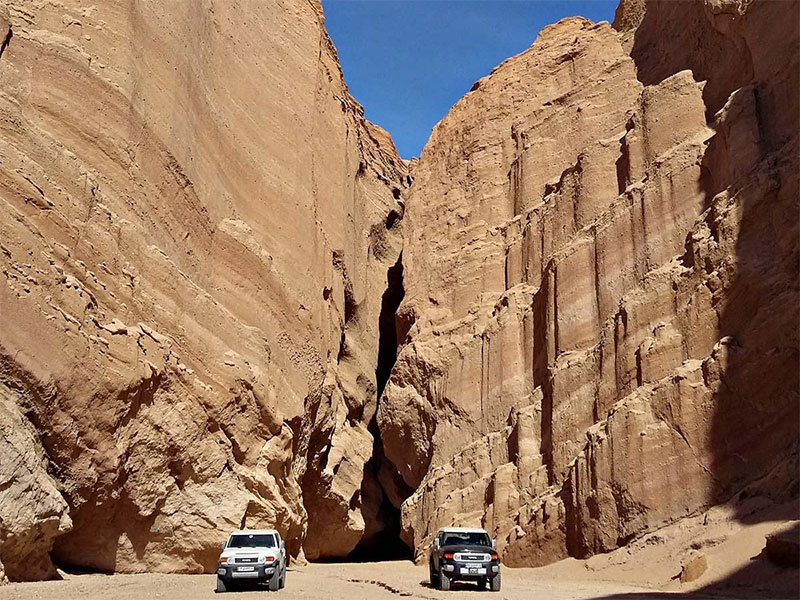 You can reach Kavir National Park via three different routes.

Traveling in a 4-wheel drive is the most reliable way to visit the area since it is surrounded by desert.
Do not forget to bring enough water, enough gasoline, a spare tire, a first aid kit, sunscreen, a hat, and sunglasses.
Obtaining information and permission from the General Department of Environmental Protection of Semnan Province and coordinating with affiliated organizations in the region is required if you are traveling by yourself.
It is highly recommended to travel on a tour since the area is full of swamps and a professional tour guide with a reliable itinerary would guarantee your safety.

If you are interested in bird-watching, photography, and safari in Iran, you are highly welcomed to visit Kavir National Park or the Little Africa of Iran. Get in touch with us right now via …