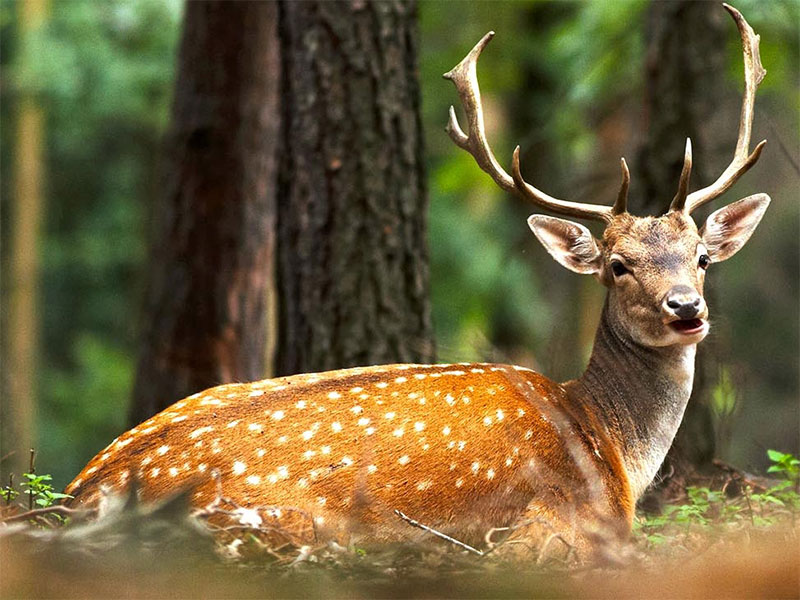 Biosphere reserves promote solutions reconciling the conservation of biodiversity with its sustainable use. They are learning areas for sustainable development under diverse ecological, social, and economic contexts, touching the lives of more than 250 million people. There are 13 biosphere reserves in Iran, including Arasbaran, protected area,  Golestan national park, Haraprotected area, Kavir national park, Lake Urmiyh, Miankaleh, etc. Among which, we are going to present the four most famous and astonishing ones.

1_Miyankaleh lagoon, The paradise of birds of passage

Geographically, it is located in a hot and dry region, which has caused many migratory birds to migrate to our country every year in winter to escape the extreme cold of the northern regions. Miankaleh Wetland is one of the most popular destinations for migratory birds this season. This international wetland, which is also part of UNESCO’s pioneering conservation programs, is also known as Iran’s bird watching paradise. Mazandaran’s Miankaleh wetland is located on a peninsula of the same name. To reach this wetland, it is necessary to know one thing first of all: it is possible to visit Miankaleh wetland only with the permission of the Behshahr Environmental Protection Agency. They fly to Miankaleh Wetland to settle there. The best time to visit the lagoon, which hosts more bird species, is early winter. You can see these birds in this lagoon: lush duck, crowned duck, eels, gray goose and white forehead, and finally swans and pelicans, which are among the last birds to reach Miankale during the migration season. Other birds that you may encounter when you visit Miankaleh Wetland include the crowned duck, the small cormorant, the white-headed duck, the large eagle, the wetland squirrel, the bee-eater, the gray squirrel, the eagle, the eye stone, the peacock, the goose. The bride mentioned the goose, Gilanshah, Qar, Perla, Kakai, the swallow, the sea, the small prophet, and the circus.

Miankale welcomes thousands of birds of passage every year.

Arasbaran is one of the most scenic areas in Iran with natural landscapes and unique historical monuments. An area that has audible stories from the ups and downs of the history of the Azerbaijani region. Babak Khorram Din Castle, located in the heart of Arasbaran National Park, is reminiscent of the bravery of the Iranians in the last years of the Sassanid Empire, a castle that you have to climb to a height of 2,300 meters. The environmental richness of the Arasbaran region has made it one of the country’s second natural monuments to be inscribed on the UNESCO World Heritage List. The 80,000-meter forest of Arasbaran is covered with various plants and dense forests. The beautiful landscapes of this national park with its great diversity of animals have made it one of the most spectacular areas in Iran. Ainalu red deers, 220 bird species, 38 reptile species, and various species of fish, mammals, and amphibians, as well as plants such as oak, sumac, barberry, apple, and wild pear, are some of the 1,400 known plant species in Arasbaran. The Aras River and its beautiful beach have given this area a hundredfold freshness. There are dozens of summer resorts in the area where nomads and tribes live for seasons, as the cool weather in the area makes them a hot summer day. Many villages are located around these rich forests. The construction of hydrotherapy facilities and several hotels around these villages have been part of efforts to boost tourism in the area. The criterion for biodiversity is related to the conservation and management of biodiversity in forest ecosystems. So biodiversity must be maintained at the level of species diversity, gene diversity, and ecosystem diversity. According to this criterion, even sensitive ecosystems in protected areas should be supported and maintained so that the level of biodiversity at the highest level can be maintained and biodiversity values ​​can be used in the current or future conditions. The biodiversity of life is also significantly richer in forested areas than in other areas, but despite such capital, evidence suggests that these lucrative resources are indeed a threat to humanity. Meanwhile, Arasbaran Protected Area is unique in terms of the diversity of animal species in the world. So far, 215 species of birds, 29 species of reptiles, 5 species of amphibians, 48 ​​species of mammals and 17 species of fish have been identified in different parts of Arasbaran, and some other animal species in these forests have remained unknown for various reasons.

Iranian Africa is the title given to Iran’s largest protected area in the desert village of Qala-e Bala. Khartouran National Park, known as the Turan Wildlife Gate, covers an area of ​​nearly 147,000 hectares and is home to many species of animals, including birds, mammals, reptiles, and amphibians. After Serengeti National Park in Tanzania, it is the largest habitat for animals and the most famous animals in this area are the Persian deer, Jabir (a variety of tropical gazelles), the Persian zebra, the Asian cheetah, the black-eared, and the Pallas cat. Mentioned catfish, plain cat, striped hyena, red fox, fox king, yellow jackal, and other mammal species. The Khartouran Protected Area was recognized as one of Iran’s environmental protected areas in 1351, and in addition to being part of the UNESCO International Security Assistance Force in 1976, it was declared a wildlife sanctuary in Iran. It should be noted that Turan National Park is considered among the significant biosphere reserves with more than 2000 species of animals in 1977, however in 2009 it was reduced to 149, and now it has declined to 250 species. Turan National Park can be considered as the richest habitat of cheetahs. Iran noted that with the efforts of environmentalists in the province, the population of various species of this ecosystem is increasing and Turan National Park is the only habitat in Iran, whose ecological pyramid is complete.

once a resort for the people of Dargaz and Quchan, has the most beautiful and deepest valleys, deep and steep hills. This region is located in the north of Khorasan Razavi province and near the border with Turkmenistan. This mountain park is ammong the ost precious biosphere reserves in Iran covered with various plants and is considered one of the best habitats for wild animals, especially urinal rams and ewes. If you are in this area early in the morning or in the evening, you can see herds of goats and goats grazing. He referred to the castle of Rajabah, which dates back to pre-Islamic times. The Tandooreh National Park has two landmarks. One of these two points is the longest and the other the shortest point. The highest point in this protected area is located in the south of this area and is known as the Qanbar Ali peak and has a height of 2586 meters. But the shortest point is located in this protected area in the north of this area and it is 884 meters high. Perhaps one of the reasons why there are so many different plant and animal species in this national park is that there is so much difference in altitude in this area.