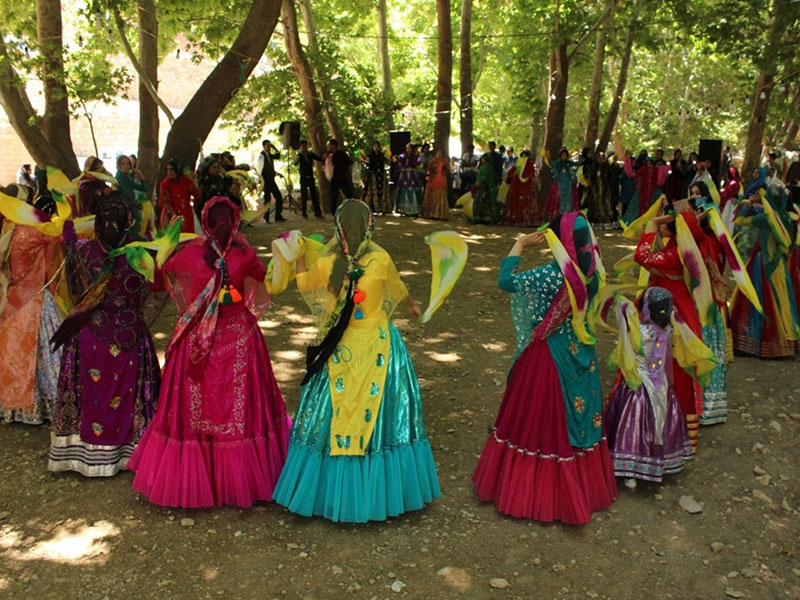 Living in nature may recall the story of Christopher McCandless, who hiked across North America into the Alaskan wilderness in the early 1990s to explore the beauty of nature in isolation, but after some months he realizes how harsh and uncaring nature is. We all tend to escape to nature for relaxation or making peace, but living in nature is entirely a different story!
Nomads have found the beauty and joy of life in nature. Their life involves loads of efforts and hard work. Migration is a style of nomadic life; during the annual or seasonal migration, the nomads, along with their animals, move from the winter areas (winter base) to the summer areas (summer base) and return to their winter base when the weather cools down. This article introduces two of the most significant Iranian nomads: Bakhtiari and Qashqai.

According to the archeological evidence, the current land of Bakhtiari, known as the Lor people, has been inhabited by various human groups for thousands of years.
Natural resources such as water, forests, pastures, good rainfall, abundant ponds, and fields suitable for agriculture, made this land one of the best habitats and gathering places for human groups in the past. In addition, in the highlands of the Zagros and its slopes, it offers fertile soil for the growth of plants and various species of animals.

Although in the early decades of the present century many groups of Bakhtiari tribes, like other Iranian nomads, became unified, they are still part of the nomadic Bakhtiari tribes. Bakhtiari nomads spend the winter in the eastern plains of Khuzestan province and the summer in the western parts of Chaharmahal and Bakhtiari.

The annual migration of Bakhtiari people is one of the most interesting and complex examples among Iranian nomads and also other nomadic tribes around the world. Since Bakhtiari nomads have to cross heights of more than 3,000 meters during the migration. They should also be very careful about the time of migrating so that they do not face premature snow, river flooding in mountain areas, and shortage pastures along the way.

Every year by the end of May, they disperse from five different routes in certain areas of the Zagros and stay in this area for about 4 months. They keep struggling with all kinds of difficulties in nature, crossing rivers, valleys, and climbing the Zagros Mountains.

Bakhtiari people are quite skilled at riding and shooting. Iranian army was mainly consisted of Bakhtiari tribes, during different periods of Iran’s history. Today, every family of Bakhtiari nomads has at least one (licensed) weapon, so that in addition to hunting and preserving the tribe, they can defend the borders of the homeland when necessary to use their skills.

The clothing of the Bakhtiari people has a special variety and beauty. Bakhtiari women wear a hat, a silk scarf, a vest over the body, casual pants, and Giweh (a kind of local shoes). The color of women’s clothing is inspired by nature, particularly the use of bright colors is common among young women and girls.

Bakhtiari men’s clothing is one of the most original types of clothing, the history of which dates back to ancient Iran. It is a long-sleeved gown: a special hat, a hooded cloak, a pair of trousers, and a pair of shoes. 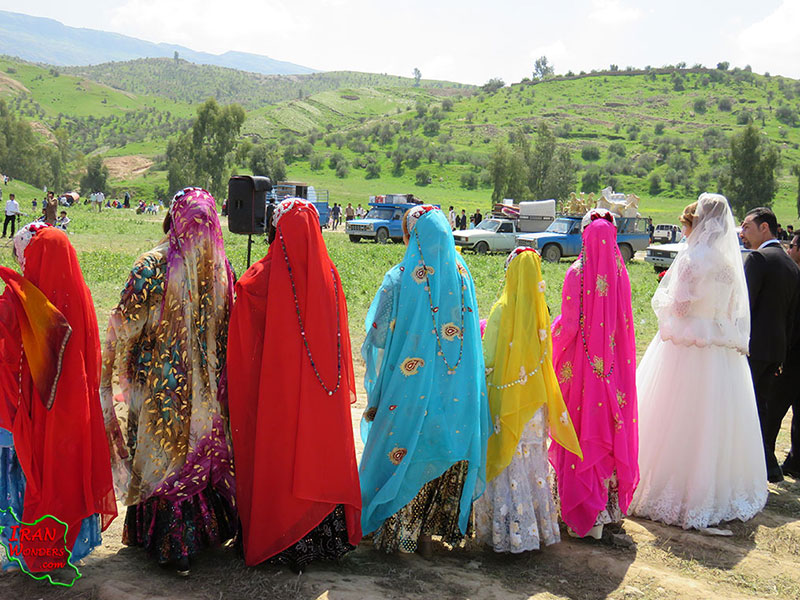 The color of Bakhtiari women’s clothing is inspired by nature, particularly the use of bright colors is common among young women and girls

As one of the largest nomadic populations of Iran, Qashqais are classified into different tribes living in the west and southwest of Iran mainly in Fars province. The role of Qashqais and the story of their courage dates back to the 18th century in the history of Persia. At that time, a person named “Jan Mohammad Agha” was in charge of the Qashqais, and it is said that his sons played an important role in Nader Shah’s conquest of India.

Qashqais’ livelihood is mainly based on animal husbandry and agriculture.
Qashqais are happy people, you will probably going to participate in different celebrations and happy ceremonies while staying with them.
Dancing is an integrated part of the Qashqai culture in their ceremonies, festivals, and weddings. They stand around a large circle with colorful cloth in their hands and shake the cloth in a rhythmic manner while the local music is being played.
Drinking tea and smoking hookah are other interests of the Iranian nomads, particularly the Qashqai people of this tribe.

About two centuries ago, the tribe’s traditional men’s clothing consisted of loose-fitting trousers, sleeveless shirts, and a long robe, which was fastened with a shawl, and a warm black felt hat. But in the following century, the clothing has changed. In the 19th and 20th centuries, the tribe’s women’s clothing was similar to that of other nomadic tribes in southwestern Iran; colorful and varied clothing, which included a multi-layered skirt, tonic, and a short jacket, and a lace scarf over a small hat.

If you are interested in immersing yourself in the rich culture of Iranian nomads, meeting and staying with them would probably be the most amazing experience you could ever have.

Qashqai women’ s clothing; there is a slight difference with Bakhtiari clothing, and that is the skirt and the scarfs on their head.