Rosewater festival; feel a piece of heaven on earth 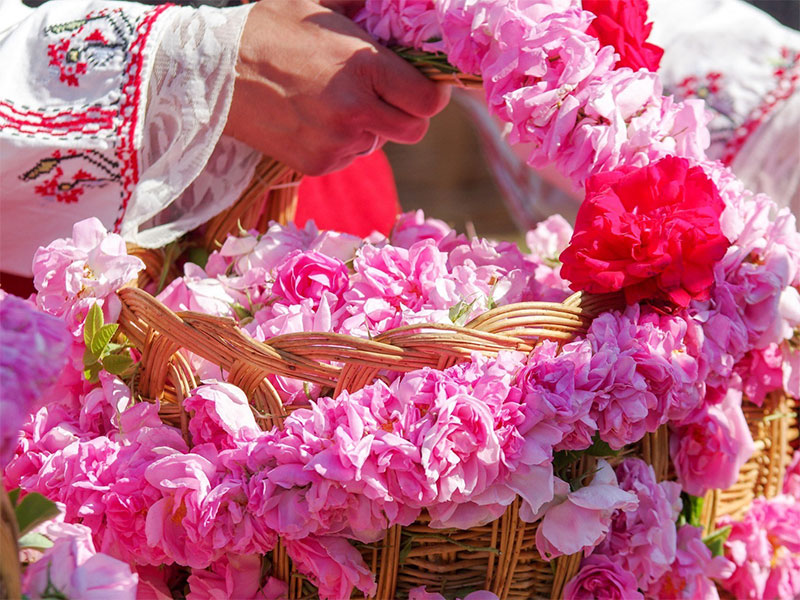 Rosewater festival is one of the most famous tradition ceremonies among Iranians, which started in Fars province in the past and today a significant part of it is done in Kashan and surrounding areas. This traditional ritual has a special atmosphere in the spring when Rose or “Mohammadi” flowers bloom in Kashan farms. The people of Kashan and the surrounding cities are engaged in rosewater making ceremonies with special etiquette and with thanksgiving. Rosewater festival of Kashan causes a significant share of economic prosperity in this region and many workers are employed in this industry on a seasonal basis.
At present, thanks to the efforts of the people of Kashan, the rose water making industry of this city, along with the sights of Kashan, has become a phenomenon to attract foreign and domestic tourists. Many travelers and tourists visit Kashan and the surrounding towns and villages during the spring. 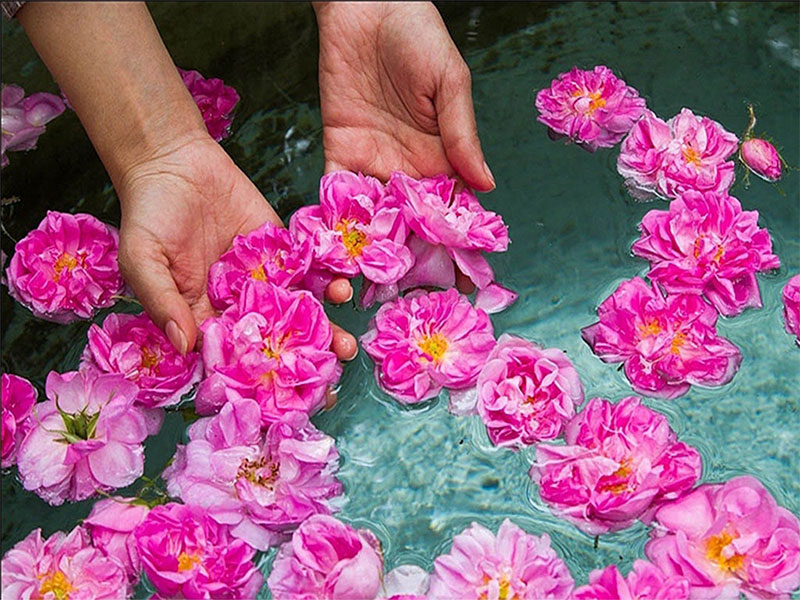 Rosewater festival, the ceremony of rosewater making happens every spring in Iran.

History of rosewater festival in Iran

Rose or “Mohammadi” flower has been one of the most important agricultural products of Iran since ancient times and is one of the native plants of our country. According to the available documents, the seeds of this flower were first sent from Iran to Turkey and then to Syria and Bulgaria during the Safavid era. Rose produced in Iran has been one of the most important exports of Iran from the past until now. Iranian roses were transported to China and India via the famous Silkroad in the past, and today a significant part of Iranian roses is sent to other parts of the world too.
The planting of Rose flower seeds in Iran is about 7,000 years old and rose picking has been practiced in the traditional way in our country for nearly 1,000 years. Although today there are modern and advanced tools for extracting herbs and fragrant flowers, Kashan rose water making in the traditional way is still common.
Due to the arid climate and desert around Kashan, the growth of Rose flowers in the farms of this city and surrounding villages surprises many tourists. In recent years, the rosewater festival was associated with special rituals, such as carrying camels on farms and celebrating and dancing. In the rose water making season, by traveling to Kashan, you can walk in the flower-growing farms and participate in the festival.
During the season, different cities and villages of Kashan are filled with the scent of Rose flowers, and a trip to this region in May is one of the best choices. The traditional method of rosewater extraction in the cities and villages around Kashan is one of the most efficient extraction methods in the world. In Kashan and the surrounding towns and villages, the rosewater festival is called “Golab Eid”.

The best season for rosewater festival

Kashan rose water making season begins in mid-spring and continues until the end of this season.
In the spring, many people in Kashan work in Rose flower farms and rose water making industrial workshops, and this industry has boosted seasonal employment in Kashan. Many residents of Kashan are picking roses in the small yard of their house and watching this is really interesting.
In different cities and villages, due to the temperature difference between the flowering distance of red flowers, the best season changes from mid-May to the end of spring. Rose flower fields in villages and cities located in mountainous areas are fertile in June due to colder weather, and in years when the weather is colder, the ceremony in these areas lasts until the end of June.
In Kashan and the warmer regions around it, Rose flowers bloom from the middle of spring, which is the middle of May, and the rose water making in these areas ends by the end of May. Due to the temperate climate of Kashan at this time of year, you can also spend time visiting the sights of Kashan. 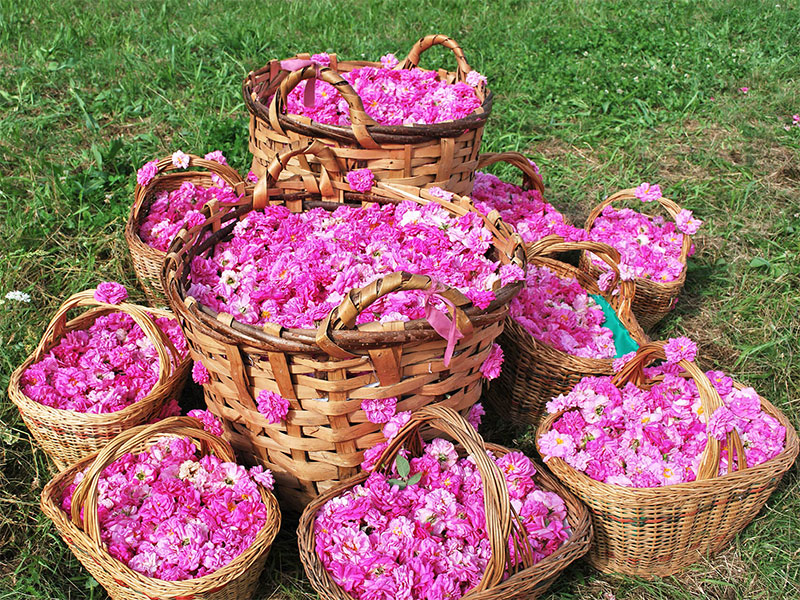 In Kashan and the warmer regions around it, Rose flowers bloom from the middle of spring.

Which cities are great to watch the festival?

Kashan and the cities of Ghamsar, Niasar and Mashhad-e Ardehal are the most important cities for rosewater festival. Ghamsar city is located 40 km south, Niasar city is located 35 km west and Mashhad-e Ardehal city is located 40 km northwest of Kashan city. The fields around these cities will be full of Mohammadi flowers from mid-May, and walking among these flower gardens can be a memorable memory for you.
Ghamsar city, among other cities and villages around Kashan, holds the most famous rosewater festival; The whole city is full of red flowers in May and the rose water making workshops are full of tourists. The people of Ghamsar welcome travelers warmly and explain the traditional stages of rose picking to those who are interested in learning this method.
Many religious places are washed with pure rosewater produced in Kashan throughout the year.
The historical and beautiful village of Niasar is one of the other prominent areas around Kashan, where the residents hold the rosewater festival in a traditional way with joy and dancing. Many tourists also travel to this area in May to enjoy the beautiful nature and flower fields.