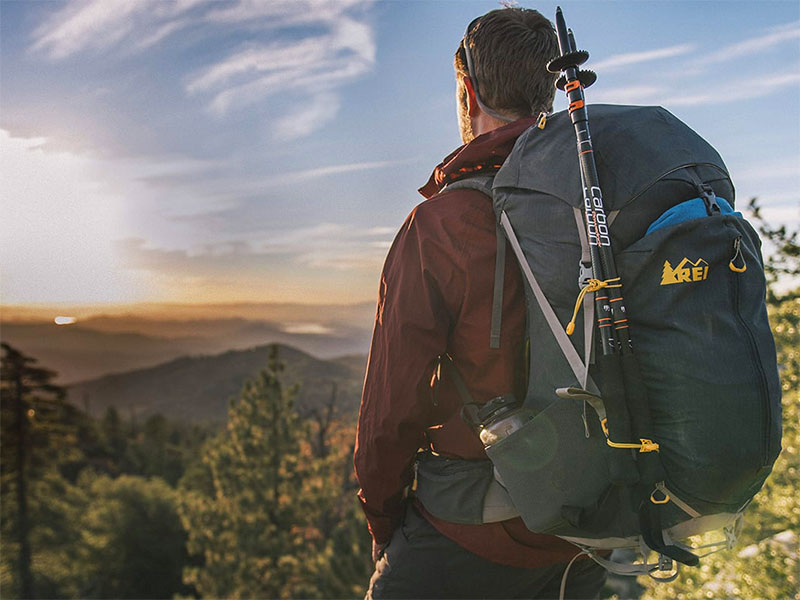 Backpacking in Iran is a really clever choice! It’s going to be one of your most amazing experiences ever! Asking why? Because all you’ll face in Iran will be hospitality, nice prices, rich culture, and wonderful nature. That hospitality makes Hitchhiking so easy in Iran, too. Could it be better for a backpacker? Well, add traditional hostels available everywhere to all the above! These local hostels named “Boomgardi” will give you the chance to experience homestay, taste traditional dishes, and feel the real local life. I’ll share the top 8 backpacking destinations in Iran:

8_ Tabas, the land of peace and mystery

Although Tabas is a great destination, I have to warn those with heart diseases and Phasmophobia:  Tabas is not your cup of tea, SERIOUSLY! This beautiful city is located in one of the aridest zones of Iran, South Khorasan province, almost surrounded by deserts. Even though these sand deserts and their clear sky at night are so delicate but I’m going to offer _all unexpectedly_ a water canyon: Kal_E_Jenni. This canyon is famous for its strange sense of mystery. The strange sound of the wind blowing through the high walls of the canyon and water-dropping echoes made the locals believe that ghosts are trying to scare them away.  And because of that named this wonderful place “Kal_E_Jenni” which means “ghost’s canyon”.  As it’s so easy to make a rookie mistake and risk your life in this canyon, don’t try to get there alone, without a local guide. The regular path of Kl_E_jenni is 6 km long and doesn’t take much to traverse, and needs only basic tools of hiking. But visiting Sassanid Zoroastrianism tunnels and caverns needs professional cannoning ability and tools. In case you needed even more adrenaline, help yourself and ask locales to tell some horror stories about there.

Backpacking in Iran: The mysterious and stunning valley of Kal_e Jenni in Tabas

It takes thousands of stairs to reach the Sassanid fortress named “Rudkhan castle” in Gilan province. So, athletes keep reading and others better to go directly to number 6. No wonder this summit castle reminds tourists of “The great wall of China” since both have been built due to defend the city against foreigners. There is no certain information about the stone-built parts of this military fortress, but some experts assume that the brick-built parts belong to the Sassanid era and have been renovated during the Seljuk period.  The obvious fact is that the castle guaranteed the defensive position of Tabarestan during centuries. Stop by Fuman city on your way back from the castle, and enjoy the hot popular cookies of Fuman.

backpacking in Iran: Rudkhan castle, known as The Great Wall of Iran.

What do you call the city where you can see a pink lake, a bubble exploding volcano, and the desert which reaches the sea? The dreamland? Well, you’d better call it Chabahar from now on:

You may have to hike a little bit to reach the volcano, but it absolutely worth seeing the explosion of mud bubbles, called also “Gel Afghan” in the local language. This geological phenomenon happens when the subsurface water brings the mud to the surface but it has stronger side effects when it rains. As this mud has got many minerals in it, it can be used to cure some skin diseases, pains in the joints, and vasoconstriction. There are numerous Gel Afshans in Baluchistan province, but the main is located 90 km away from Konarak, and 30 km away from Kahir village. Some locals make poetries and kid toys from the cold mud.

Many people believe the mud of Gel Afshan has got health benefits for curing skin diseases, pains in the joints, and vasoconstriction.

15 km away from Chabahar, there is a big lake, named “Lipar”. This lake is completely pink for 5 months of the year. The pink color of the lake which is darker during the winter is the result of algae phytoplankton’s activities.  A lot of bird races live beside this lake; such as Western swamp hen, tawny eagle, flamingos, gray hawks and herons. If you are a fan of spicy food, then Chabahar is your paradise, help your selves!

The pink lagoon of Chabahar is a good destination for birdwatching too.

In the boundless steppes of northeast Iran, lives the majority of Iranian Turkmen ethnic.  This vast region in Golestan province, names Turkmen Sahra, is a perfect place for backpacking in Iran, including these cities: Bandar Turkmen, Kalaleh, Agh Ghala, Maraveh Tappeh, and Simin Shahr. There are some ancient gravestones on the top of Turkmen Sahra hills, with very contentious shapes. Most of them are long cylindrical tombstones which are assumed to be Mongol symbols that have different shapes for men, women, and animals. During your stay in Turkmen Sahra, you may meet Turkmen nomads in their Yurts, with their original Turkmen horses. This horse breed is famous all over the world because of its slender body and speed. There are some Turkmen horse racing every season in Gonbad Kavoos, you can see best Turkmen horses there.

The Turkmen horse breed, famous for its slender body and speed in racing.

3000 years ago the ancient Elamites, former residents of Khuzestan and Mesopotamia, believed that the gods live in the sky, and in order to get closer to Gods they went to the summits to worship. The bad luck of Shush Elamites, there was no mountain in their region. They couldn’t wait for the mountain to grow, then they started to build one! This ziggurat named “Chogha Zanbil” (means basket mound) was built by the king Untash-Napirisha, as a religious center, in the honor of Inshushinak, The God of Shush. This stepped pyramidal monument was first built in 5 floors and 53 meters’ height, decorated with glazed bricks.

The Elamite religious center, built in the honor of Inshushinak, The God of Shush.

3-Kaluts, the must-see of Lut desert

Kaluts or “yardages” are some natural protuberances formed by after rain sediments and shaped by wind erosion. This huge clods reform whenever it rains in the desert. This transformation makes Kaluts and Lut desert so mysterious. Don’t forget your skincare lotions when you are packing for this area, you are going to pass the hottest spot in the world, named “Gandom Beryan” with 63 degrees centigrade maximum temperature. See, you can easily cook without gas or electricity!

Kaluts or “yardages” are some natural protuberances in Shahdad desert.

2-Hawraman, the land of music and legend

Located in the green mountains of Kurdistan, this hilltop village, is famous for its stunning nature as well as ritualistic music, dance, ceremonies, and it is considered an ideal destination for backpacking in Iran. The greatest event which takes place in Howramanat is the wedding of “Pir Shalyar”. This musical festival is held twice a year in mid-spring and mid-winter, for 950 years, in honor of a wise old man, called “Pir Shalyar”. As it is said in legendaries the King of Bukhara had a deaf-mute daughter.  The more he sought the cure for her, the less he found it.  The king decided to send the princess “Shah Bahar Khatoon” to Kurdistan, to find the cure. When she arrived in Howraman, Pir Shalyar healed her with his special powers and married her. the midwinter festival is the anniversary of their marriage. Which takes place by a group of Dervishes, playing rhythmic music, singing religious chants, and doing ritualistic dances.

The ritual dance of Dervish, in Pir Shalyar ceremony.

1- Hormoz Island, with all those colors

This small island has big surprises in it. with all wondering attractions, and traditional hostels, Hormoz is a paradise for backpacking in Iran. Taking a walk around Hormoz is like sliding in a rainbow. Each zone of this tiny island something wonderful is waiting for you:

The soil of this shore has a high amount of iron oxide in it, which gives a great reddish view to a whole shore. The locals use this nice soil in a flavoring sauce named “Sooragh”. In another corner of Hormoz Island, exists a shiny shore with silver glitter sand which makes this spot a perfect one for backpacking in Iran.

The red edible soil of Hormoz island is a wonder itself.

This military castle is one of the last surviving monuments of Portuguese from the 16th century during Persian-Portuguese wars.

The biggest sand carpet in the world has been designed and made for the fifth time at the beginning of 2020, by Iranian artists. this 1400 meters’ carpet has been drawn only by natural elements including the colorful soil in most parts.

The largest sand carpet in the world with 1400 meters wide.

Phytoplanktons are floating microscopic organisms on the surface of the sea. when the sea is not raging, and there will be no artificial lights at the beach, you can watch the blue light of phytoplankton’s illuminates the shore.

Backpacking in Iran would be a life-long experience for any adventurer. If you plan to do so, contact us via