Do you really think that Iran’s nature and adventure are all about deserts and safari and that makes it a winter adventure destination? Don’t blame yourself, so many other people think so; but if you want to see a different side of Iran, here’s the secret, best places for camping in Iran

This is where Instagrammers rave about! Standing on 2300 meters above the sea and having all those fluffy clouds around you, wow! It takes only 1-hour drive from Amol city in Mazandaran province. The exciting point about the Filband countryside is the “ocean of clouds”; which forms from the thick fog on the top of hills around Filband village. As the early bird can catch the worm still works, by arriving late in the morning you might miss the cloud ocean and reach the precipitations after that. Then notice the golden hours for the ocean of clouds: the first few hours after sunrise.

Tucked between the green mountain ranges, the blue lake of Zeras offers a landscape like “get away from it all”. Surrounded by palm trees and green hills, just don’t sit on the sidelines watching people have fun. There a lot to do in Zeras: you can fish, hike, swim jet around the Lake, ride the boat, and use the water complex.  You’ve got 2 choices for setting your camp, on the green hills if the day wasn’t too hot and the humidity doesn’t bother or getting back to the village and pick your own picturesque view. Zeras would be the best to travel in the first half-year period, especially from April to June.

The blue lake of Zeras tucked between the green mountain ranges.

In mid-July when the heat makes crazy, camping in Sabalan would be a perfect outdoor experience. Pitching up on this green volcanogenic lake needs to climb a 4000 meters’ mountain. Which takes roughly 5 hours to ascend and 3-4 to descend.  This long trek allows seeing so many breathtaking scenes in both summer and winter. The lake is completely frozen during winter and it starts to gently melt from spring and becomes terrific green water in summer.  This green color is because of down PH value in water. Although Sabalan hillside is full of various herbs and plants, the PH level and low temperature prevents plants from growing in the lake.

The green volcanogenic lake of Sabalan on 4000 meters above the sea.

And finally my favorite! there are plenty of canyons all around the world but not all of them provide the joy of high waterfall jumping and swimming in turquoise tepid and lucid water basins surrounded by old trees. Tang_e Boragh, located near to Eqlid county in the northwest of Shiraz, is the exact point for “Summer adventure”. Jumping, swimming, and sight-seeing aside, the Sassanid inscription shouldn’t be skipped. In this inscription, King Shapoor Sassanid recounts the story of his brave hunting and shooting. If your planning for camping and overnight stays in Tang_e Boraq, I highly recommend setting your tent in the first cave and enjoy your camping.

Keep up with Bakhtiari nomads

If you are about to discover the most amazing and less-seen parts of Zagros, nobody can lead better than 24 hours, 7days a week hiker. The good news is that such people do exist, not just one, but a whole tribe is doing that for thousands of years! I mean Bakhtiari nomads, who migrate twice a year with whole family and assets through Zagros mountains. Once in summer from the plains of Shoorab and Tange Gazi to the hillsides of Zard Kooh in Zagros range; and the second time they get back to the warmer areas in winter. You can join them for a few days and experience organic and productive life staying with Iranian nomads. Is drinking the milk, you’ve squeezed and eaten the bread you’ve cooked interesting for you? Then joining the tribe and camping around them would be a great challenge!

On the south borders of Aras river, you’ll find the lush Arasbaran jungles, where hundreds of animal species live. Aynaloo has been recorded as the location of a UNESCO listed biosphere reserve in Iran. This forest, with being the habitat of 215 bird species, is a really good choice for doing birdwatching. Some of this bird species can be seen by naked eyes, without using the devices, including White-headed duck, grouse, great bustard, Caspian snowcock, Saker falcon, Golden eagle, Eastern imperial eagle, Northern goshawk, osprey, Black stork Vulture, Arasbaran Pheasant, Francolinus and Partridge. Fishing is also possible in the great Aras riverside, but it might need the license in some special parts. t should be noted that 17 species have been rescued from danger of extinction owing to this intact zone. Animals you might watch during your stay are Red deer, Redcat, hog, brown bear, caracal, beech marten, fox, jackal, white-breasted hedgehog, Ophisops elegant, crested new or even a Leopard! It may be noted that setting up a tent and camping in some parts of protected areas needs permission from “Forest, ranges and watershed Management” Organization. 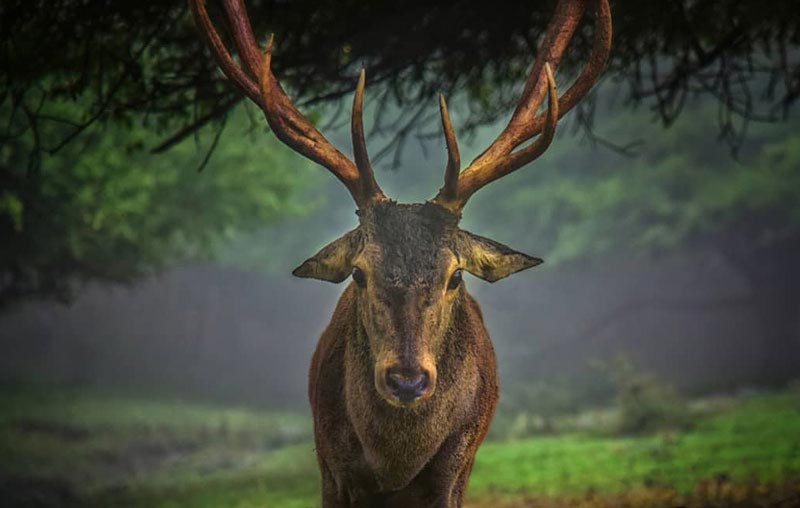 Aynaloo has been recorded as the location of a biosphere reserve in UNESCO.

“Darreh Khazineh” or “Khazineh Valley” is located near the namesake village in Lorestan Province in the southwest of Iran. Although it gets a little chilly in fall and winter, summers are gloriously temperate affairs and would be the ideal time for some enjoyable camping in Lorestan. So many people claim that Khazineh valley and Grand canyons could be twins in another world, well who knows!

So many people claim that Khazineh valley and Grand canyons could be twins in another world.

The spectacular stone forms, shaped by erosion in this valley enchants every visitor. Then check your camera twice before leaving for Lorestan!